From chihuahuas to hip-hop, here are 8 fabulous yoga stories from the weird and wonderful world of yoga this summer.

1) You can do yoga underwater- who knew?

One of my favourite summer yoga stories and yet more proof you don’t have to be on a yoga mat to do yoga. Check out this stunning photo series of underwater asana. If, like me, you don’t have a crystal clear ocean at hand, you get great looks giving this a crack at your local pool.

Yoga stories are always better when they involve animals. A Chihuahua festival in Buckinghamshire had a go at setting a new world record for the biggest ever dog yoga class. They couldn’t quite pip the current doga champs from Hong Kong who hold the record at 270 dogs. Top marks for effort though. Give those dogs a bone.

3) Yogis do first ever class on Sydney Harbour Bridge

The first ever yoga class atop the iconic Sydney Harbour Bridge was held in celebration of International Yoga Day this June. The sunrise, blue skies and ocean view make for some beautiful yoga snaps.

Healthline reports on the beneficial effects of yoga for people with multiple sclerosis. In one study, yoga helped patients with fatigue, walking and overall quality of life. The article also suggests yoga’s ability to ease mood symptoms, anxiety attacks, depression and nervousness.

5) Prisoners do yoga for early release

A group of inmates at a prison in India have received 3 months off their sentence after passing a yoga exam. Part of a State Government scheme, the prisoners had to practise regularly and pass a written and physical exam. Check out those scorpion poses.

News from across the pond of the latest yoga trend – Drake themed yoga. Yep, that’s yoga set to Drake’s biggest hits. There’s even a piano version of Hotline Bling for savasana. Fabulous. What next… anyone for Om-Direction? Rihannasana? Pop your yoga-music-mashup suggestions in the comments box.

London studios including Triyoga and Ten Health & Fitness are offering classes and workshops to harmonise our hormonal systems. Yoga’s ability to bring the body from a state of stress to a state of relaxation may help hormonal symptoms, including: hot flushes, mood swings, low sex drive and weight gain.

8) This yogi-biker duo have got some serious moves

Two friends in have combined their love of yoga and cycling to create some impressive moves. I’m a big fan of the metallic leotards. Anyone know where I get me one of those?

Want next month’s yoga stories straight to your inbox? Subscribe to the YogiPost newsletter below. 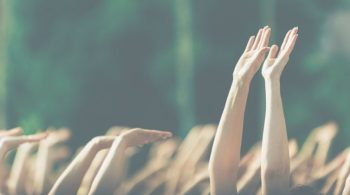 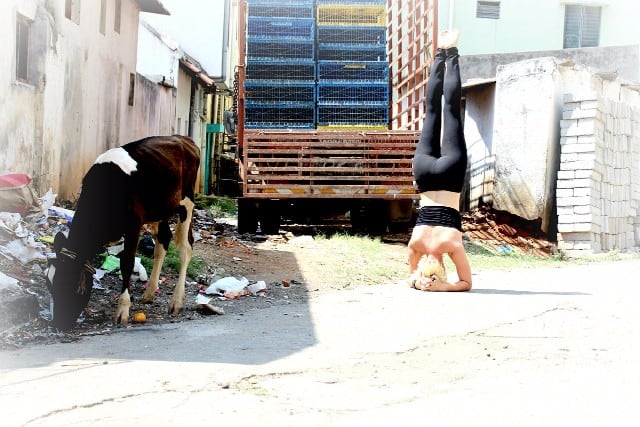 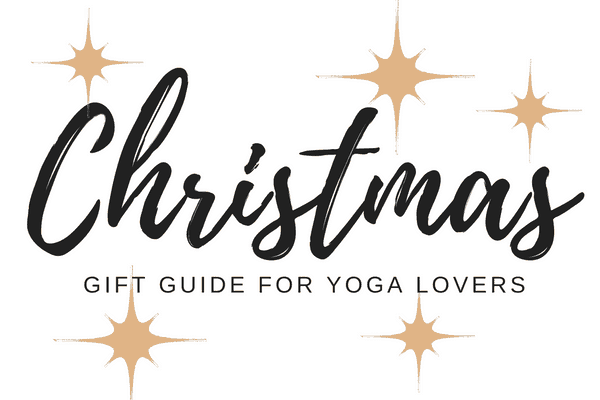 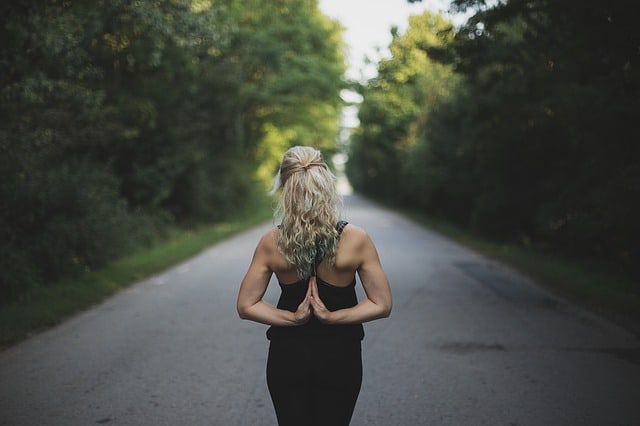